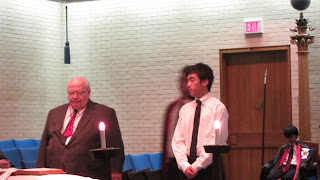 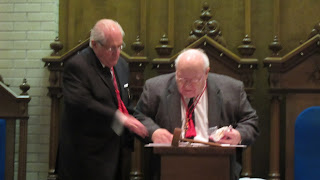 Before the Chapter Meeting, RWB Dave English, LOH, who is on the right in the picture, is seen conferring with MWB Jack Fergusson, LOH. It was great to learn that RWB Dave joined Winnipeg Chapter in 1956 and MWB Jack joined the same in 1945. 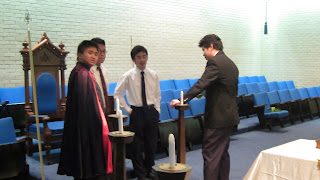 Here are some of the Chapter Members before the start of the Meeting. 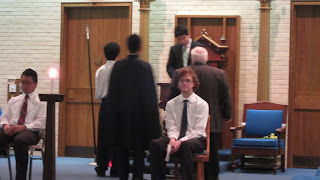 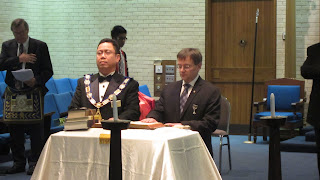 After Majority Service, MC Jared Lapiña turned over the gavel to RWB Dave English, who presieded over the Investiture of the Legion of Honor on Past EO Richard Rosin and MWB Chibu Uson. The Designates are shown here taking their Obligation as Legionnaires. 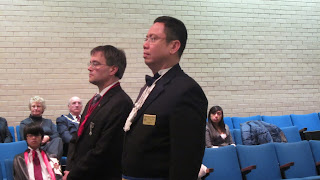 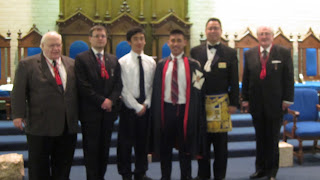 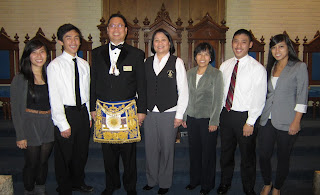 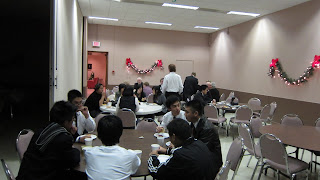 After the Meeting, there was a Refreshment Hour.
Receiving the LOH was a very humbling experience. Rest assured that I will proudly wear the LOH Cordon as I do my Masonic Apron and will continue to do my best to make a positive difference.

All in all, it was an excellent evening.
Posted by Chibu Uson at 10:41 PM